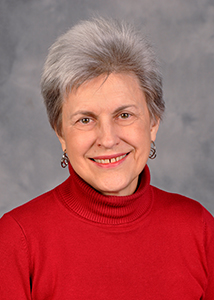 Leslie J. Kohman completed her MD at the Pennsylvania State College of Medicine (Hershey) in 1976. She completed an internship and residency in general surgery at Robert Packer Hospital’s Guthrie Clinic from 1976-1981 and came to Upstate in 1983 as a Thoracic Surgery Resident. Upon completion of her residency, she joined the faculty of the Department of Surgery in 1985. She was made full professor in 1995.

Dr. Kohman is a thoracic surgeon specializing in thoracic oncology; she is also Board-certified in Hospice and Palliative Medicine. She was made director of Thoracic Oncology at University Hospital in 1999. She served as medical director of the Upstate Cancer Center from 2010-2015 and became director of Outreach for the Center in 2016. Dr. Kohman has held many other administrative positions at Upstate including: interim chair of Surgery (2001-2002, 2009); vice chair for Academic Affairs for the Department of Surgery (2002-2009); director of the Thoracic Surgery Residency Program (2003-2007); assistant dean for Faculty Development (2006-2007); and quality officer for the Department of Surgery (2012-present). Since 2015 she has served as director of Outreach for the Upstate Cancer Center, and since 2017, medical director of Ambulatory Palliative Care at the Center.

Dr. Kohman has been active in lung cancer screening research and program development since 1999 and was appointed to the New York State Cancer Detection and Education Program Advisory Council in 2016. She works closely with the American College of Surgeons’ Commission on Cancer and with the American Cancer Society to develop cancer control initiatives. Dr. Kohman serves on the Board of Directors of the Eastern Division Board of the American Cancer Society and was Medical Officer for the Division from 2014-2016. 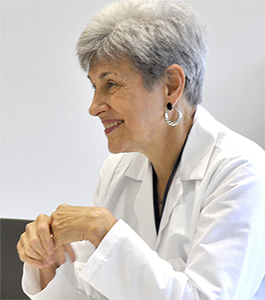 Dr. Kohman has published many articles and is the recipient of numerous awards. She was listed in the 1999, 2004 and 2013 editions of “The Best Doctors in America”. She was awarded the St. George National Award for the Eastern Division by the American Cancer Society in 2015 for her outstanding leadership and significant contributions to furthering the goals of the Society. She received the 2002 President’s Award for Faculty Service and the 2003 SUNY Chancellor’s Award for Professional Service. Dr. Kohman was named a SUNY Distinguished Service Professor in 2005.

Dr. Kohman rose to the top of a field that is still dominated by men. Of the more than 7,000 thoracic surgeons in the United States in 2005, she was one of only 140 female Board-certified thoracic surgeons. She founded the Women in Cardiothoracic Surgery (now Women in Thoracic Surgery) group in 1987, which is dedicated to supporting the careers of women entering the field. She was honored with the Nina Starr Braunwald Award in recognition of her work to advance women in surgery by the Association of Women Surgeons in 1997. 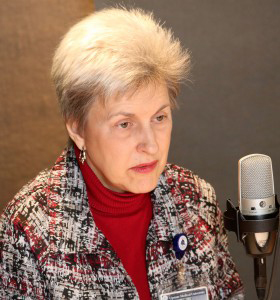 3. Other Resouces on Women in Thoracic Surgery