City Hospital was established in 1874 to treat victims of a smallpox outbreak that killed an estimated 271 residents (the total population in Syracuse was around 45,000) and cost the city $100,000. Known colloquially as The Pest House, the original building, completed in 1875, was only a small cottage-sized structure, built in the pavilion style popular in the mid-nineteenth century. At that time, The Pest House’s location

on Teall Avenue was outside the bounds of the city center, to allow for isolation of patients and minimal nuisance for residents.

In 1892, a cholera epidemic raged in New York City. In response, Syracuse Mayor Jacob Amos ordered construction of an Administrative building to expand the Teall Avenue complex. While Cholera did not reach Syracuse that year, an epidemic of scarlet fever struck the city in 1889, increasing the patient load at City Hospital. By 1896, there were four pavilion structures: smallpox, scarlet fever, diphtheria, and other communicable diseases.

Another outbreak of scarlet fever in 1905 lead to the remodeling of the Administrative Building into a contemporary hospital facility and plans were made to further expand the complex at 416 Teall Ave. During the diphtheria epidemic of 1906, the small four room cottage in the corner of the complex that had been allocated for those patients could only hold two at a time. Over the course of the spread, City Hospital treated 46 patients in this tiny space and saw only one death. New facilities opened on October 25, 1907 after $130,000 in renovations which included expansion of the smallpox pavilion to care for up to eight patients. The main hospital building could hold 70 patients, spaciously. At this time, City Hospital was operated by the Board of the City Health Department. Additional improvements included an expanded diphtheria pavilion that could hold 16 patients, plus nurses. Another outbreak in 1911 had a city-wide death rate of 13%, but the death rate at City Hospital was only 3%. The nurses on staff were trained in the treatment of contagious disease, likely a major factor in the lower death rates achieved at City Hospital. Patients who could not afford to pay were treated for free, with only a moderate charge exacted from those who could afford it. The remodeled City Hospital would take the lead during many epidemics, including caring for the sick during the 1916 polio and the 1918 flu epidemics.

By the late 1920s conversations were crystalizing around development of a medical center in Syracuse. The City asked Syracuse University for use of land on Renwick Ave for construction of a modern, communicable diseases hospital. Initially, there were serious concerns about spread 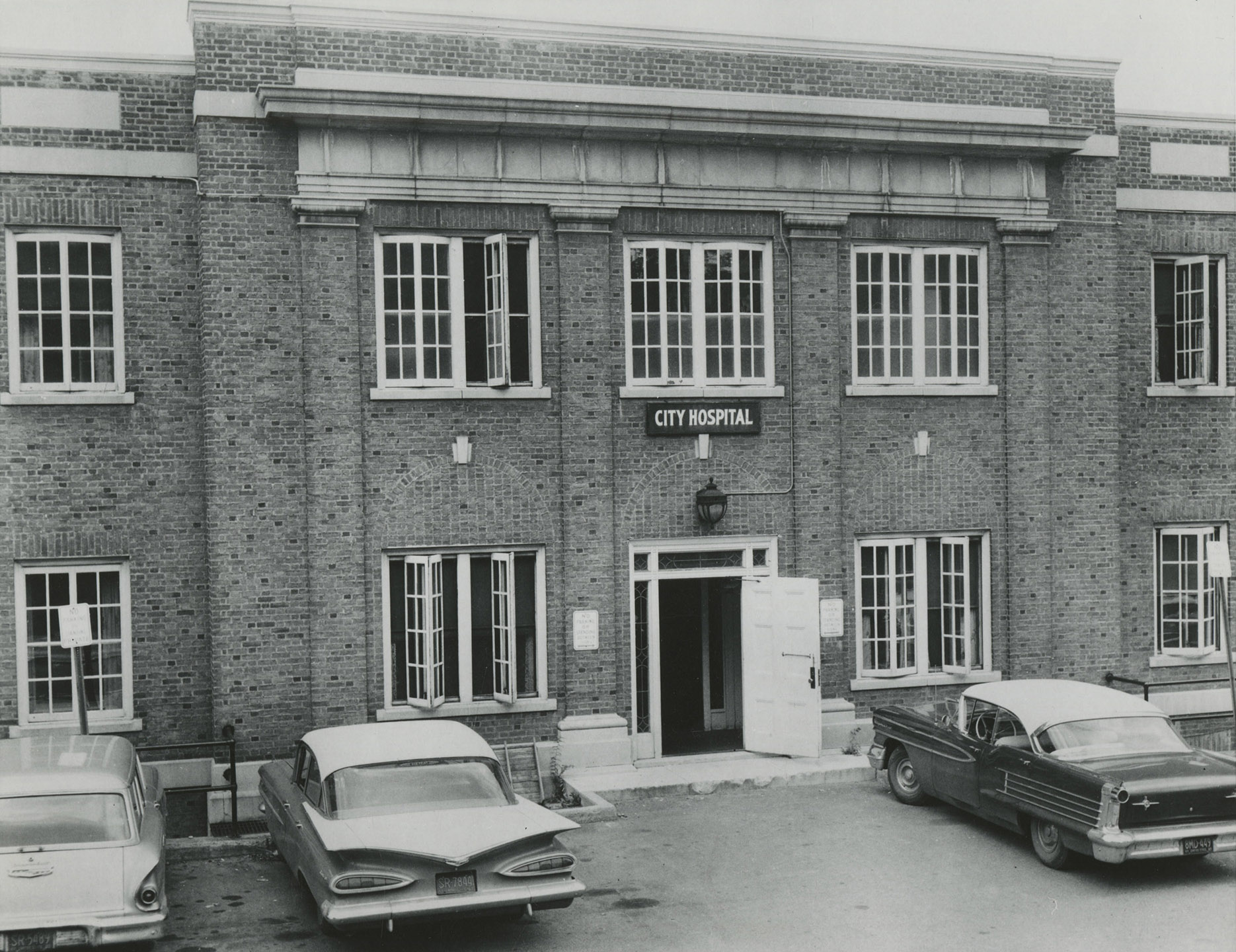 of disease to Syracuse University, as well as speculation that there was not enough space for expansion. As rates of epidemic disease were on the decline, the land was given and on November 22, 1928 the new City Hospital building was opened as the first unit of the proposed Medical Center. Medical care was provided by the faculty of the Syracuse University College of Medicine, meaning all specialties were represented on the Hospital staff. Located in Yates Castle just to the east (where Weiskotten Hall now stands), the medical school was able to provide training in infectious disease diagnosis and treatment to medical and nursing students. Medical students did six weeks of communicable disease training during their instruction in pediatrics, with nursing students rounding for two months.

Nursing care provided in the wards was charged back to the City. Additional structures to separate various diseases, a hold-over from the pavilion hospital era, were planned, but rendered superfluous by advances in treatment that greatly reduced the incidence of epidemic disease. City Hospital used the medical aseptic technique combined with the epidemiological approach to safeguard against cross infection since patients with different illnesses were now housed in adjacent rooms. There were no open wards, rather rooms housed one to three patients. Plans assumed the hospital could care for 84 patients, but with space for administrative purposes there was room for 72. Records show up to 90 were cared for at once when necessary. The average cost per patient in 1939 was about $5 per day, with admissions averaging just over 500 each year. Scarlet fever was the predominate ailment from the 1920s-1930s, but any communicable disease could be admitted. In 1948, 698 patients were treated with the following conditions: pharyngitis (63), scarlet fever (50), polio (49), bronchial pneumonia (44), lobar pneumonia (38), measles (32), whooping cough (31), tonsillitis (26) tuberculosis (25), chicken pox (21).

Estimates indicate that 75% of all polio cases in Syracuse ended up hospitalized; from 1928 through 1956, City Hospital cared for almost 1,800 polio patients. Fourteen hospitals in the US handled roughly 80% of all polio cases. City Hospital was one of those elite institutions. This is likely the reason why the 25th Anniversary celebrations for the new facility brought Jonas E. Salk, developer of the first polio vaccine, to Syracuse as a guest speaker. The development of vaccines for communicable diseases like polio changed the complexion of health care and outmoded communicable disease facilities like City Hospital.

Weiskotten, Herman G. "A Brief Review of the Syracuse City Hospital" remarks at the dinner celebrating the 25th anniversary of the City Hospital as a unit of the Medical Center. September 24, 1954.