Dr. Jahanshah Saleh was born in Iran in 1905. He was educated at the American College of Tehran and left for the United States to continue his higher education. He received his B.A. from Syracuse University in 1928 and went on to attend the College of Medicine specializing in gynecology and obstetrics. He completed his degree in 1933. While in the U.S. he was an intern at St. Joseph’s Teaching Hospital, intern and resident surgeon at Orange Memorial Hospital in New Jersey, assista 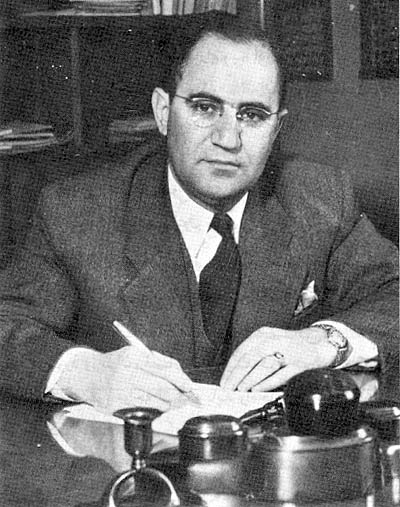 He returned to Tehran, Iran after finishing his education and held many esteemed positions as a doctor, educator, and eventually politician. These included professor of Anatomy and Gynecology at the University of Tehran, Director and Chief Gynecologist at Vasiri Hospital, Director and Chief Surgeon at the Women’s Hospital (this hospital was later named in his honor), Dean of the College of Medicine at the university for five consecutive terms, Chancellor of the university, and Minister of Public Health and Education among others. One of the most notable positions he held was as special physician to the Queen of Iran, Farah Pahlavi. Dr. Saleh was her obstetrician and delivered her son, Crown Prince Reza Pahlavi in 1960. The prince was the last heir apparent to the throne of the Imperial State of Iran before the Iranian Revolution.

Over the course of his life, Dr. Saleh achieved many accomplishments for his city. This included establishing a center for the treatment of cancer, establishing emergency health centers for the delivery of impoverished citizens, passing legislation designed to reduce narcotic addiction, reorganizing the system of education at the University of Tehran adding five new colleges, and establishing the first school of midwifery. He also had interests in environmental protection. He was one of the few Iranians that voiced concerns over pollution and the quality of air in Iranian cities. He passed away in 1977.