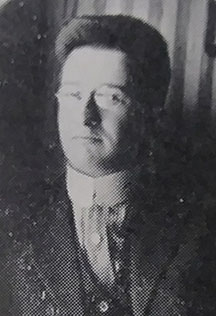 he completed high school in Brazil before immigrating to the United States for higher education. He graduated from the Syracuse University College of Medicine in 1916 and completed his internship in Rhode Island. Dr. de Mello served as a Commander in the US Naval Reserves from 1943-1946 and was stationed for a time on Okinawa.

Dr. de Mello’s specialty was Dermatology, with much of his clinical research focusing on syphilis. He returned to Sao Paulo for post graduate research on immunology and syphilis; he conducted similar research in Paris. In 1949, Dr. de Mello assisted venereal disease expert Dr. James H. Lade of the New York State Health Department on a campaign, organized through the American Bureau for Medical Aid to China, to wipe out VD among semi-nomadic populations in the Northwest of China. Around 1956, he traveled to El Salvador on a two-year assignment for the Foreign Operation Administration.

Though he devoted significant professional time to medical issues on a global scale, Dr. de Mello did spend the majority of his medical career in New York State. Residing in New York City, he served on the faculty at the New York University Bellevue Medical Center College of Medicine as an Assistant Clinical Professor in Dermatology and Syphilology. He also resided in Pleasantville and eventually East Aurora from where he made many social visits to the Syracuse area.