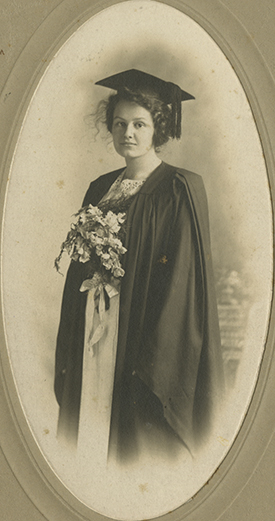 There are few details available for Clara Hale Gregory (1890-1983). She was born on November 17, 1890 in Palmyra, New York and resided in the Fayetteville, New York area for most of her life. After completing one year at Elmira College in 1907, she began her studies at the Syracuse University College of Medicine. She had a summer internship in Philadelphia during medical school and received her M.D. in 1912 at the age of 21. After graduation, Dr. Gregory interned at the Women's and Children's Hospital in Syracuse for one year. She then worked as an assistant police surgeon, where she covered calls to the police surgeon concerning women and children, including domestic violence and abandoned children cases. She married George Gregory in 1915 and left her position as the assistant police surgeon when her husband died shortly after the birth of their fourth child. After singlehandedly raising her children for two decades, she returned to the medical field and worked for 15 years at the Onondaga County Sanatorium tuberculosis treatment center from World War II until the center closed in 1959. She died on October 2, 1983 at the age of 92. 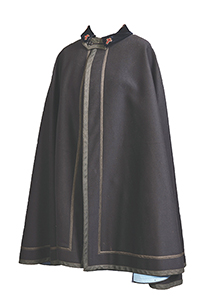