Inez A. Bentley MD was an early graduate of the Syracuse University College of Medicine. Born on November 14th, 18 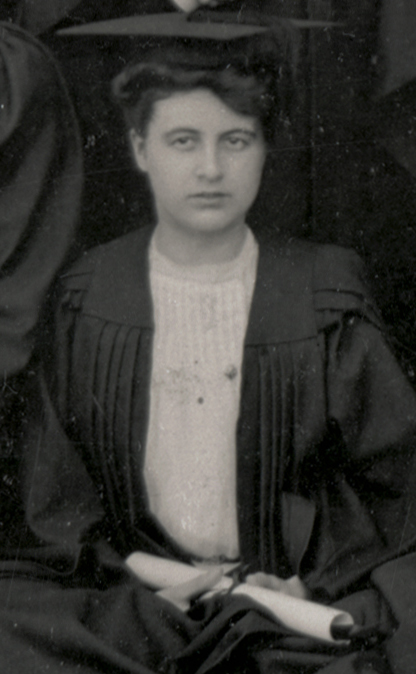 84 in Spring Lake, NY, she eventually graduated from medical school in 1906. Bentley specialized in the areas of psychiatry and neurology and after graduating she interned for a year at the Rochester State Hospital. She then joined the staff at Kings Park State Hospital on Long Island until 1918 when she was recruited for service during World War I. She was Assistant Director for the American Women's Hospitals and was part of the first unit that was sent over to France to assist in operating their hospitals. In recognition of her service, she was decorated by the French government and awarded the Medaille de la Reconnaissance Francaise in 1919. After the war she became a clinical psychiatrist for the Health Department's Bureau of Child Guidance until her retirement in 1953. During her lifetime she was actively involved in many medical organizations including secretary and treasurer for the American Women's Hospital Service, a fellow for the American Medical Association and American Psychiatric Association, and also a member of the American Medical Women's Association, the Medical Society of the State of New York, Women's Medical Society of NYS, the New York County Medical Society, and the Women's Medical Association of NYC. She passed away on June 10th, 1973.

Resources on Inez A. Bentley MD

1. Co-author of “Treatment of Epidemic Encephalitis.” A Review of the Work of the Matheson Commission, published in the Proceedings of the Association for Research in Nervous and Mental Diseases, 1932, Vol. XII, and in Archives of Neurology and Psychiatry, 1932.

2. Co-author of “Psychiatric Approach to the Problem of Mental Deficiency in School Children” published in the Medical Women’s Journal, September, 1938.