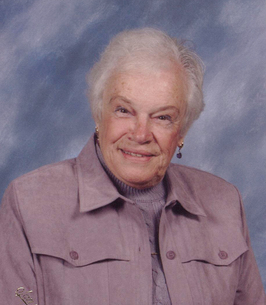 M. Janice Nelson was the founding dean of the College of Nursing which was established in 1986 and dedicated her life to fostering the development and growth of nursing education for the role of clinical nurse specialist and nurse practitioner.

As a nursing administrator, Dr. Nelson helped to increase the number of scholarships available for nurses to expand their training. Through her leadership, the College of Nursing Alumni Association was chartered in 1992. It honored Dr. Nelson by creating an endowed scholarship in her name first awarded in 1995. More than 500 nursing alumni scholarships nearly $400,000 have been awarded since 1995.

Dr. Nelson was born on February 26, 1928, in Buffalo, NY. She was a graduate of Sacred Heart Academy and entered the Sisters of St. Francis at Stella Niagara, NY, in 1945. She was awarded a BS in Elementary Education from Daemen College in Buffalo. She received her M. Ed. in Nursing Service Administration and an Ed.D. in Curriculum & Instruction from Teachers College of Columbia University, NYC, in 1977. She began her working career as a first-grade teacher and taught elementary education for approximately 10 years in diocesan schools located in Buffalo, NY. She earned a diploma in nursing from St. Joseph Hospital School of Nursing in Minot, North Dakota. She served as Director of Nursing for ten years at St. Ann’s Hospital in Columbus, Ohio. She came to Syracuse in 1980 and served six years as assistant administrator and director of nursing at Upstate University Hospital. She also served as co-director of the combined BS/MS Program for Clinical Nurse Specialists.

Dr. Nelson served on boards of numerous professional organizations and has an extensive list of honors received including distinguished alumni awards from Sacred Heart Academy and Daemen College. In 2020, she became a founding member of the Upstate Legacy Society by making a provision in her will naming the Dean M. Janice Nelson Nursing Scholarship Endowment as a beneficiary. She received the 2019 President’s Award for Individual Philanthropy. She died in her sleep on January 1, 2022, in Syracuse, at the age of 93.

3. M. Janice Nelson at the unveiling of her official portrait in September 2020. The painting hangs in the College's lobby in the New Academic Building. 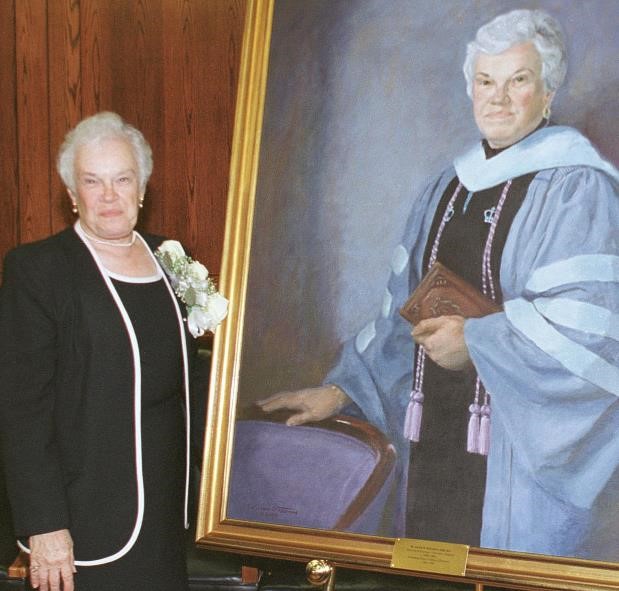